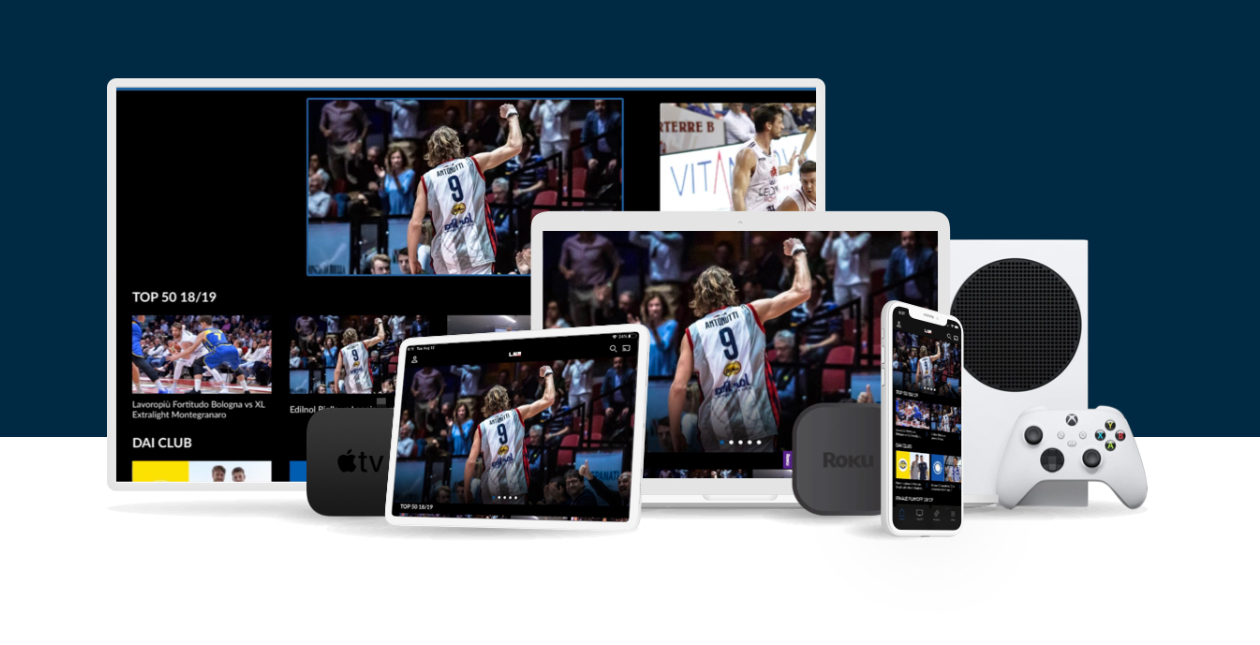 For a few years, every company was a publisher. Then that wasn’t enough: every company had to be a multimedia content producer. The growth of over-the-top (OTT) streaming platforms meant that some of those companies had to take the next step, from producing content to delivering it directly to their audience via their own apps.

Companies may decide to launch an OTT platform as a way of being more responsive to audience or customer desires, to increase flexibility and lower costs of content delivery, to create new revenue or data streams, or simply because their fans or investors expect it. Fan expectations and competitive pressures are particularly prevalent in the sports industry, from teams to regional media outlets to sports betting companies.
How to launch a live streaming sports OTT platform:

Conversations about a second screen experience have diminished because connected TVs have made the first screen so powerful. Fans watching a game no longer need to have their phones in their hands to check out stats and multi-angle replays. They can customize which stats they see and how they are presented on the screen, zoom in on their favorite player even if he doesn’t have the ball and watch the replays from almost any angle. They only need their second screen – their phone – to talk trash with their friends and tweet gifs after big plays. Mobile has its place in the at-home sports experience, but TV remains the viewing platform of choice for a majority of fans.

A new OTT platform has to deliver fans not just the content they want, but the level of personalization they are becoming accustomed to. Video is the core of OTT, but it’s also just the starting point.

New streaming apps also need to remember that OTT does not equal mobile: some OTT apps are used almost exclusively on TVs. That’s not to say your app won’t make its way to a fan’s phone. But the app will need to serve mobile content to the mobile devices and TV content to the TV devices, seamlessly and with a consistent brand presentation.

Over-the-top streaming provides otherwise overlooked teams, leagues and national federations the opportunity to connect with their audiences and potentially open up to international interest. Reaching and satisfying those fans requires a content strategy that extends from live games to the 300+ days each year when nothing is happening on the field.

Fortunately, even smaller teams and leagues already have much of the infrastructure and content that they will need, and the rest is accessible and affordable. Just as iPhones and GoPro’s gave everyone the ability to be a professional-grade video creator, inexpensive cameras and drones offer minor league teams a level of technology and quality that was reserved for the major leagues less than a decade ago. AI-based tracking and editing software remove the need for camera operators and a post-production staff. The software can follow the play and direct drones or robotic-controlled camera mounts to always have the action in view.

Major League Baseball was a pioneer of fan-oriented digital technology and programming. MLB TV launched in 2002 and led to the development of MLB Advanced Media, which not only powered several major sports other than baseball, but spun off other players in the sports streaming space. What was once the province of the big leagues is now accessible to fans of the entire baseball pyramid via MiLB.TV. From the farm teams that pass players to and from the majors each week down to single-A contests, MiLB.TV provides a consistent viewing experience to baseball fans.

Minor league teams and niche sports can build their tech stack starting with the smartphones they use to film their games. Complementing the livestream are cloud-based backends that enable easy processing and repurposing. Drag-and-drop content and video management systems minimize the amount of employee-hours necessary to archive, tag and make video accessible for on-demand viewing.

By the end of the game, the team’s digital marketing staff will have a store of highlights ready to be turned into YouTube clips, tweets, Instagram Stories and maybe an NFT, all in support of a 24-hour content cycle on the OTT app. Each game or other team event (e.g., events with sponsors or community partners, new player signings, combines), plus any in-house studio productions, will add to the store of video content you have already amassed over the years. For many properties, even startups, crafting the right schedule for the content will quickly become a bigger challenge than producing it.

3. Building your revenue model for a new OTT streaming service

Any new initiative has to justify its expense, so a new over-the-top platform needs a revenue model to support its place in the company.

The two basic revenue sources for a media platform are ads and subscriptions. An OTT app has to ask the basic media question: will our customers tolerate ads and will they pay for a subscription? Younger audiences show a high willingness to pay for live video content. Over 90% of sports fans surveyed by the Center for the Digital Future and ThePostGame said they would pay for content, with 63% saying they would pay for an OTT subscription.

Some sports OTT platforms offer a choice between a subscription or a pay-per-view model. The hard-core fans will pay a higher set fee, knowing that they will rarely miss a game, while casual fans may only watch a few games and will be willing to pay more per game but less per month. For the latter market, a freemium or metered model is another option: the first event or two (or the first few minutes) they stream is free, but they need to pay for longer or more frequent viewing.

Team OTT apps can use their streaming service to add value to their existing revenue sources: sponsorship, ticket sales, the team store and, increasingly, betting.

The Pro Fighters League spent the unplanned off-season of 2020 developing their SmartCage system. The SmartCage contains sensors that will collect performance and biometric data from the fighters, and feed this information into PFL Fight Central, the league’s streaming app. This will not only enable a stats stream during the fight, but will eventually allow fans to place in-fight prop bets based on the data they are seeing in near-real time, all within the app With the American sports betting market estimated at $55 billion when legal in all states, a new OTT platform does not need to fight for market share to garner significant revenue.

A sports team’s OTT platform can provide another connection point between the team’s sponsors and fans: brands have a new vehicle to activate their sponsorship and obtain data and access to the fans. The team, meanwhile, can build a sales funnel from the app to their merchandise and ticket sales.

4. Have a plan for collecting, analyzing and reacting to data

Revenue is just one metric of success. What are your others? A data collection, assessment and action plan is part of the planning for an OTT service.

The objectives for these plans are clear: : What’s the definition of success? What are the key performance indicators (KPIs)? Are we set up to collect and analyze those metrics?

Some of the early driving metrics will include number of downloads, frequency of opening the app, average length of time on the app and direct and indirect revenue.

Companies should also monitor how users are using the app and how that compares with your pre-launch expectations. Are fans interacting with the key features of the app? If not, is that because they don’t know the features are there or how to access them, or because they’re just not that interested in the features? Are the fans using the app on mobile versus TV in the patterns you expected? How do viewing patterns align with the team’s schedule, and what does that tell you about your content production and roll-out schedule?

New OTT apps should have contingencies in place for unexpected results in both directions. If your company launches a team app during a long losing streak and on the same day the star player suffers a season-ending injury, maybe don’t take your initial numbers as predictive. On the other hand, if your combination of timing, partnerships and content hits the sweet spot for an untapped international audience, are you ready to scale up so your momentum doesn’t fizzle out during long buffering periods due to server capacities?

From planning to launching your OTT app

Live programming like sports events is one of the last things standing between cable subscribers and cutting the cord. 42% of cable subscribers keep their cord intact because of live TV, with one-third of them saying they would swap their cable subscription for an OTT subscription if they knew they could stream all of their favorite live shows, news and events.

The sports industry is already crowded with OTT apps. But that should not dissuade any potential new entrant because there’s still room for more, at both the mass and niche levels.

We at ViewLift have decades of experience answering these initial questions and all the ones that follow. Contact us today and let’s go over the top together. 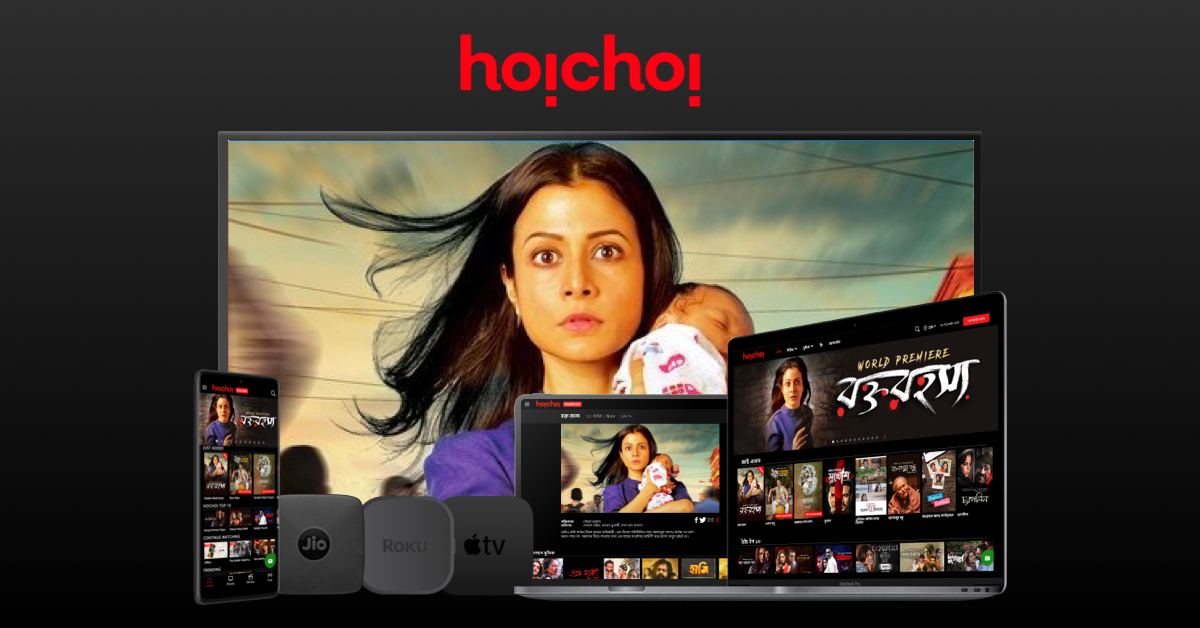 Launched in 2017, hoichoi is a SVOD based over-the-top streaming service focusing exclusively on Bengali language content, worldwide. hoichoi features the largest catalogue of Bengali content with over 500 film titles, more than 1,000 Bengali songs, 80 hours of web series and adding new exclusive content every month. hoichoi being one of the very early […] 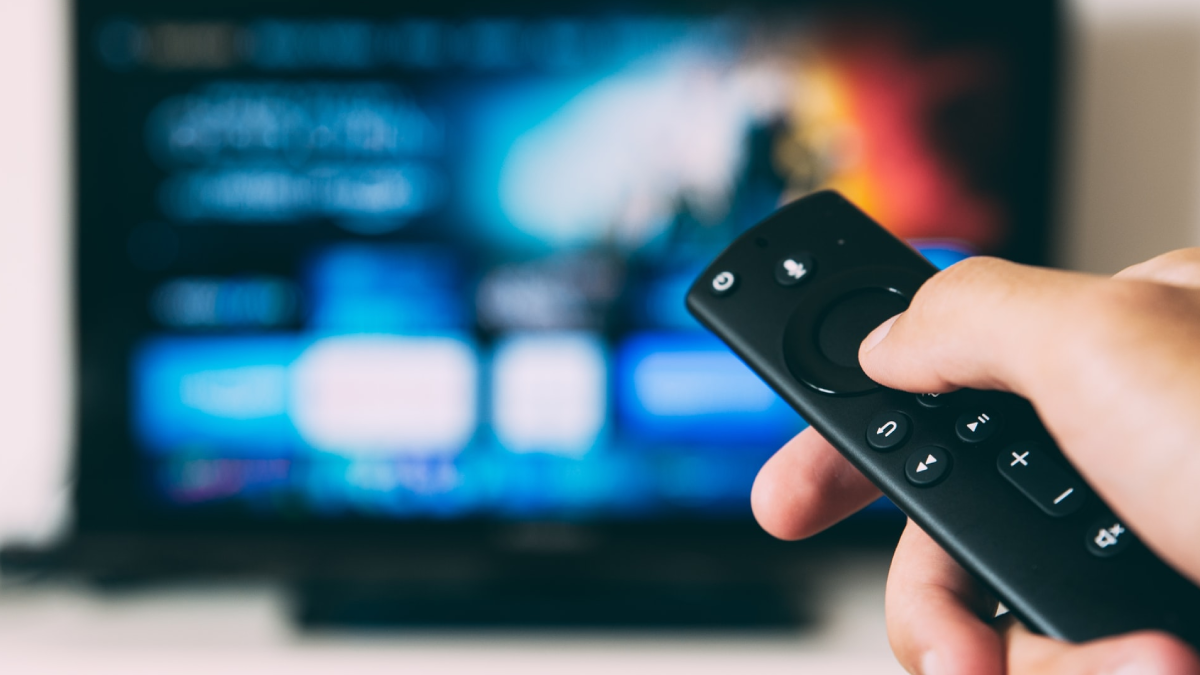 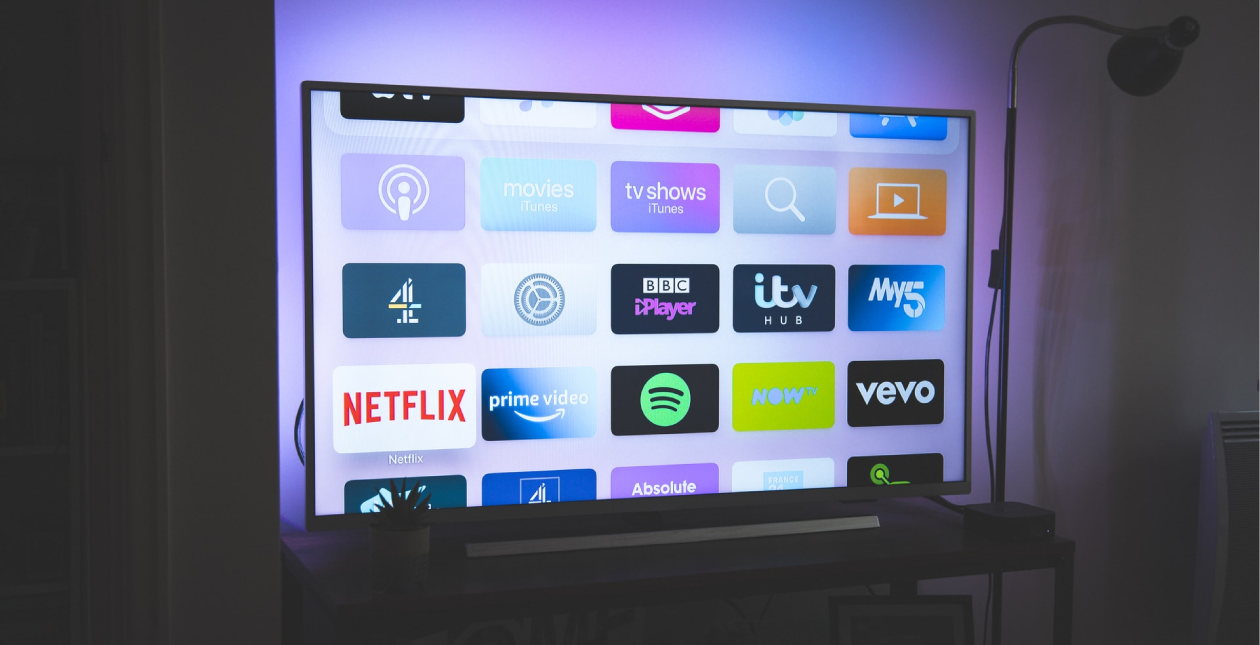 Over-the-top streaming apps give fans choice without forcing them to choose. If two games are on at the same time, they can watch one now and one later on demand. They can binge on their favorite talking heads studio show on Thursday so they can watch the latest stats analysis and injury report show on […] 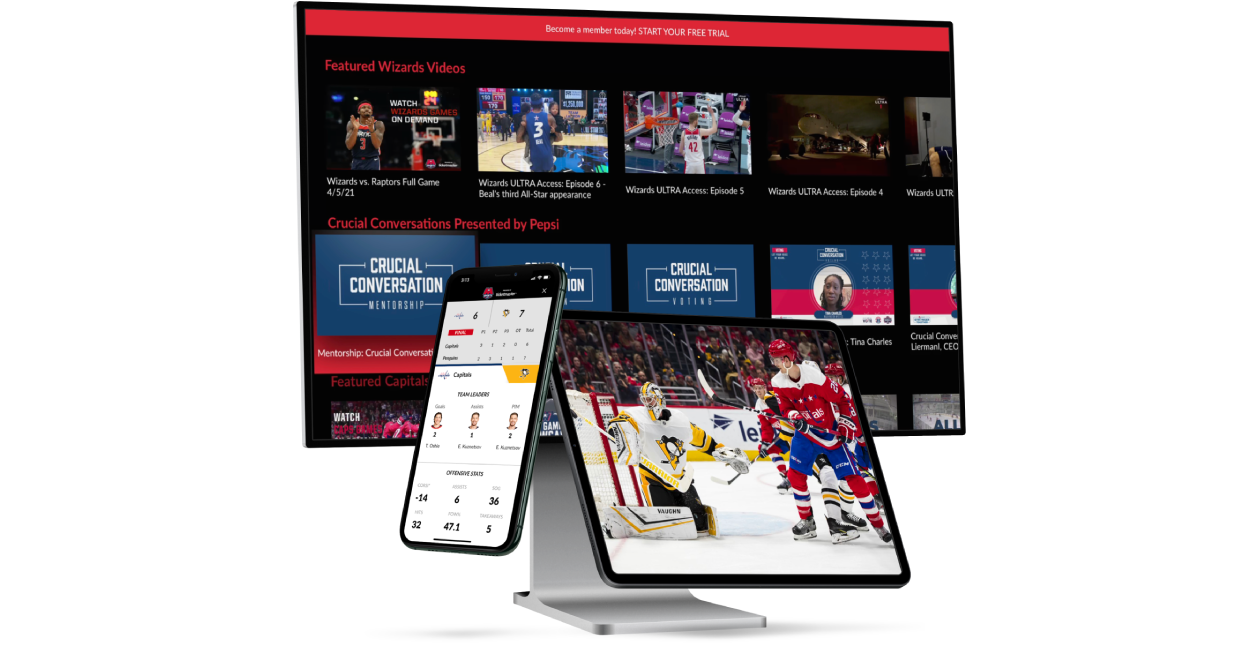 Why sports leagues should have their own OTT streaming service

Over-the-top (OTT) streaming services flipped the supply and demand curve between sports leagues and broadcast media. By developing their own OTT platform, leagues of any size can have a wider range of engagement and revenue opportunities than TV broadcasts could ever deliver. The first 90 years of broadcast sports were defined by scarcity. There was […]